A Brief History of Medical Research

The history of medical research spans 2500 years; starting with the Ascelpian temples in ancient Greece and military hospitals in ancient Rome. In fact, many civilizations contributed to medical knowledge today.

In ancient cultures, religion and medicine were linked. The earliest documented institutions which sought to provide cures were ancient Egyptian temples. In fact, Ancient Egypt was remarkably advanced in medical understanding. 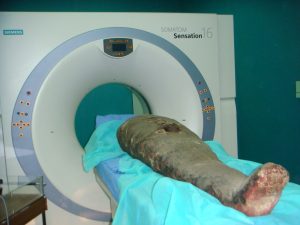 In ancient Greece, temples dedicated to the healer-god Asclepius or Asclepieia served as medical advice, prognosis, and healing centers. Asclepeia even had controlled spaces conducive to healing. There, patients entered a dream-like state of induced sleep called enkoimesis. Similar to anesthesia, the patient would receive guidance from the deity in a dream or they were cured by surgery.

The earliest surviving encyclopedia of medicine is written in Sanskrit. The Indian Carakasamhita or Compendium of Caraka describes the building of a hospital between 100 BCE and 150 CE. It is one of the earliest accounts of a civic hospital system.

The Romans constructed buildings called Valetudinaria to treat slaves, gladiators, and soldiers around the same time.

When Christianity became an accepted religion in the Roman Empire, an expansion of the provision of care began. Following the First Council of Nicaea in 325 CE, construction of a hospital in every cathedral town took place.

Among the earliest were those built by the physician Saint Sampson in Constantinople towards the end of the 4th century. By the 5th century, the hospital and medical research had already become common in the Christian east. The Byzantine’s called the medical facilities “Basilias” and each resembled a city. They included housing for doctors and nurses along with separate buildings for various classes of patients, including lepers.

The first-known hospital and medical training center was at Gundeshapur in Persia. After Emperor Justinian closed the Academy of Athens, a Christian theological and medical university, scholars went to Persia. The year was 529 and it was there that scholars engaged in medical sciences initiated the first translation projects of medical texts.

Under Medieval Islam, the hospital was a more elaborate institution with a wider range of functions. In Islam, there was a moral imperative to treat the ill regardless of financial status. Islamic hospitals tended to be large, urban structures, and were largely secular institutions, many open to all, whether male or female, civilian or military, child or adult, rich or poor, Muslim or non-Muslim. Medical research flourished under this system.

The Islamic hospital served several purposes: As a center of medical treatment, a home for patients recovering from illness or accidents, and an insane asylum. They even operated a retirement home with basic maintenance needs for the aged and infirm.

Medieval hospitals in Europe followed a similar pattern to the Byzantine. They were religious communities, with care provided by monks and nuns. Under this system, medical science eventually gave way to religious concepts and medical research in Europe slowed while in places such as Baghdad it flourished.

Shift to the Modern Era of Medical Research and Facilities

By the 16th and 17th Centuries, the medieval concept of Christian care in Europe evolved into a secular concept. Theology was considered a problem.

Protestant reformers rejected the Catholic belief that rich men could gain God’s grace through good works by providing endowments to charitable institutions; and that the patients themselves could gain grace through their suffering.

In the 18th century Age of Enlightenment, the modern hospital began to appear, serving only medical needs and staffed with trained physicians and surgeons; nurses were untrained workers; and the goal was to use modern methods to cure patients.

Eighteenth Century hospitals provided more narrow medical services and were founded by the secular authorities. A clearer distinction emerged between medicine and poor relief. Within the hospitals, acute cases were increasingly treated in isolation and separate departments developed for different categories of patient.

By the late 18th Century, English physician Thomas Percival wrote a comprehensive system of medical conduct titled, Medical Ethics, or a Code of Institutes and Precepts, Adapted to the Professional Conduct of Physicians and Surgeons. Published in 1803, it set the standard for medical and hospital textbooks.

Today, treatment facilities are very similar to those developed by the 18th Century, though equipped with improved technology and staffed by extensively-trained medical personnel. Still, the ancient concept of placing the ill into a special facility where diseased can be studied and specialized treatments implemented remains.

Kymera Independent Physicians is pleased to continue their role in both advancing medical research and providing patients with a Better Healthcare Experience. If you have need of a primary care provider or specialist, Kymera is here for you.