Skip to content
Home/Oncology/How is Ovarian Cancer Treated?
Previous Next

How is Ovarian Cancer Treated?

One of the first questions a woman asks after being diagnosed is,

“How is ovarian cancer treated?”

Any diagnosis of cancer is unnerving. A diagnosis of ovarian cancer often elicits a strong emotional response from a patient. This cancer is often viewed as an attack on their womanhood. It is especially unsettling if a diagnosis occurs at a young age or before having children.

Such concerns are natural. They often play a role in the chosen treatments. The two treatments for ovarian cancer are surgery and chemotherapy. After the initial diagnosis, your oncologist will discuss your options.

Whether chemotherapy, surgery, or a combination is preferred will depend on a number of factors. These include the stage of your cancer and where it has spread.

Ovarian cancer surgery is an operation which removes cancerous tissue from the patient. Surgical removal of the ovaries or other cancerous tissue is invasive and permanent. Often, surgeons will remove the ovaries, fallopian tubes, and uterus. If the cancer has spread to other tissue in your abdomen, that tissue will also be removed. 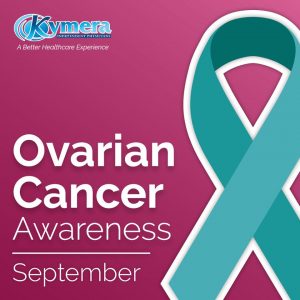 A couple of weeks prior to the surgery, the Kymera lab will perform various tests. Tests may include:

You should inform your doctor of any medications you take including herbal products or supplements. Neither should you eat or drink the night before your surgery.

Some Surgical Procedures for Ovarian Cancer

Some of the surgeries for ovarian cancer include:

Can ovarian cancer come back after total hysterectomy?

Even after a total hysterectomy, the risk of ovarian cancer remains. Sometimes, a related cancer called primary peritoneal cancer occur sometime after.

Because this risk remains, patients are advised to continue seeing their primary oncologist at regular intervals after their hysterectomy. Also, your oncologist may want to provide chemotherapy in addition to surgery. 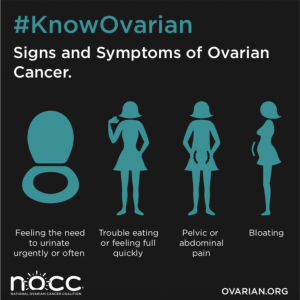 Ovarian cancer can easily spread to other parts of the abdomen and body. Also, it is impossible to remove all the ovarian cancer cells through surgery. Whether surgery is performed or not, chemotherapy is usually recommended.

Sometimes chemo is given before surgery, but nearly always after. Chemotherapy drugs are administered in one of two ways. Although the number of treatments vary, there are usually six cycles to the chemo treatment.

One method of treatment is via infusion therapy or IV.

The other method is delivery of the chemotherapy drugs directly into the abdomen. This process, called intraperitoneal (IP) chemotherapy, is performed using a catheter or thin tube. Your oncologist will discuss which option would be best in your case and what you can expect.

Can I be Fully Cured of Ovarian Cancer?

Many women survive ovarian cancer. Statistically, it has a 47% five-year survival rate, but this figure is based on all ovarian cancers. Survival largely depends on when the cancer is found. If diagnosed in early stages, ovarian cancer is far from a death sentence.

Early detection is possible by knowing what to look for. We recommend reading National Ovarian Cancer Awareness Month to learn the signs and symptoms of ovarian cancer.

Which Ovarian Cancer Treatment is Right for Me?

Which direction your ovarian cancer treatment should take is not an easy decision. You will naturally discuss options with your Kymera Oncologist. If you are married or in a serious relationship, we recommend involving your partner. Treatment decisions are not easy to make and having a strong emotional support network will help.

Since 1998, Kymera Independent Physicians has been a leading ovarian cancer treatment center in Southeast New Mexico. We have helped many women just like you and will be glad to answer all your questions. If you suspect ovarian cancer, please request an appointment today. We have convenient cancer treatment locations in Hobbs, Carlsbad, and Roswell.